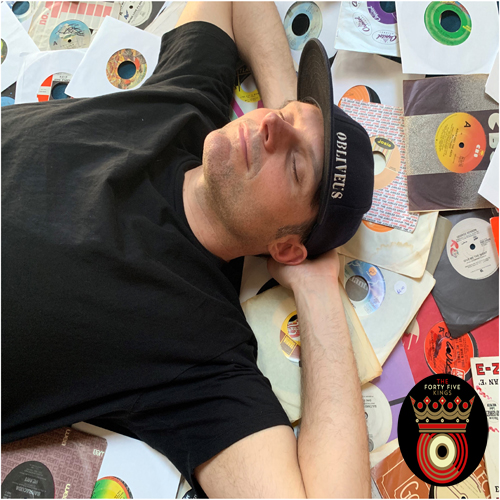 Hailing from Cali originally and now a long time Melbourne resident and Australian Citizen, DJ Obliveus plays an infectious blend of all styles and has held down residencies at every major club night around Melbourne worth mentioning and now hosts a weekly radio show with fellow Forty Five King and good mate Frenzie on Base FM, NZ – The Low End Theory.

The pair started a 45’s only label in 2018 called Juke Joints and he has an upcoming release on the 45 Fan Club label with DJ Mexi out of Oregon, USA. He’s also the head responsible for almost all of the donut parties in Melbourne Town, so get in touch if you’re coming down.

For this mix, he decided to run with all the house 45’s he’s accumulated over the years digging through op-shops, garages, school fetes and the odd new release or re-press, just so he could finally fit in the Henry Street Box Set he purchased years ago.

This one is definitely a labour of love!